We have been working again on telling the time this week.  We were revising o’clock, half past and quarter past and started to learn how to read quarter to on an analogue clock.  We played lots of games to practise, a time board game, time dominoes, time pairs, using clocks to set times and playing games on the smartboard.  We now have two clocks in the classroom, a new one on our maths wall which has the times marked on it to help us, we are looking at this throughout each day to remind us where the hands are at certain times. 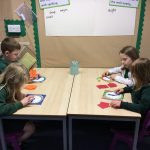 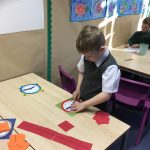 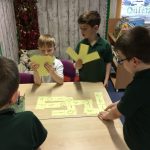 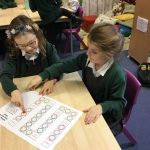 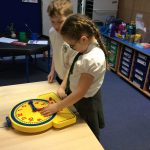 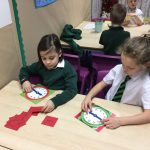 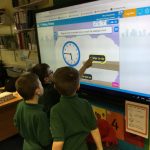 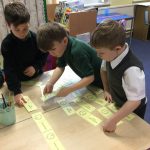 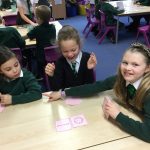 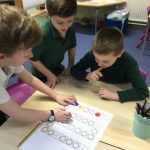 In literacy, we have been learning about ‘blurbs’ – what they are and why they are important.  We pretended to be the author of The Secret of the Kelpie and  we had to write an exciting blurb to make people want to read our book.  They are very good, many ended with a question that really made the reader want to find out more.  We also took on the role of the illustrator and designed new front covers for the book. 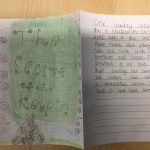 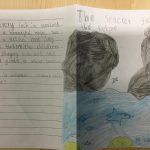 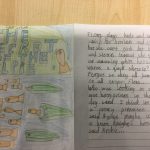 In PE we were playing football again in the hall.  We’re getting really good at dribbling and played some very competitive team games were we had to dribble as fast and accurately as we could.

We started our new class novel ‘Flash the Sheep Dog’ on Wednesday.  The first couple of chapters are about a boy called Tom who has moved from London to a farm in the Scottish Borders.  It’s a big change for him and he has a lot to learn about his new way of life.  We also began to learn about farming and have been thinking about where our vegetables come from and the work done on farms to provide these for us.  We also had a lesson on the importance of eating fruit and vegetables and how ‘eating a rainbow’ is really good to help us to get all the nutrients we need from the different colours.

All classes in school had a Scots Assembly today.  Each class was to perform a song or poem.  We sang Katie Bairdie and all our practising this week really paid off – we were word perfect, loud and clear.  Great singing P3A 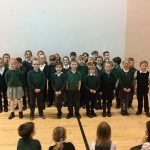 Have a good weekend everyone,