As it was Scotland Loves Languages week we have had a few language lessons.  P6 Language Ambassadors came into our class on Tuesday and we played some French counting games.  Mrs Gordon set a challenge for every person in the school to choose their favourite word in another language, P3A had a great variation – from Japanese to Irish!  We made a poster showing us all saying our favourite words, we also wrote what language it is and the meaning of the word in English.  On Friday, we had a French lesson on days of the week, we are building up our knowledge to be able to say the date in French each morning. 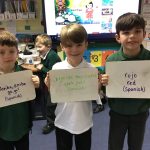 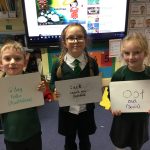 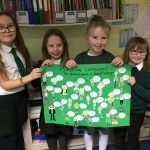 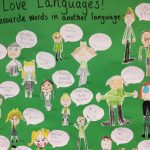 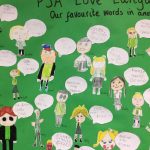 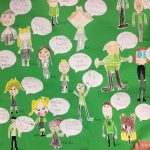 On Thursday we made clocks to help us as we learn to tell the time.  We painted the quarters first, then added the numbers and hands, finally we wrote how many minutes past the hour each number represents.  Mrs Kennedy showed us some times on a digital clock on the smartboard and we had to make the same time on our analogue clocks.  These clocks have now gone home so we can practise there too. 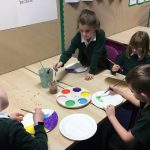 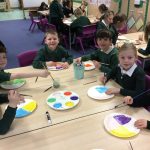 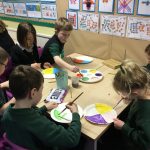 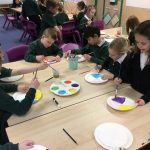 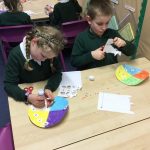 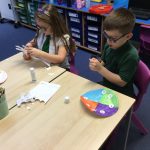 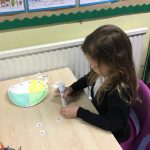 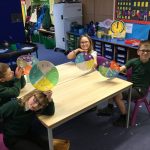 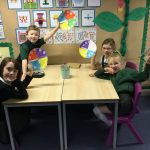 In literacy we are learning some editing skills.  We ‘up-levelled’ sentences on Wednesday.  We were given short sentences with no capital letters or full stops.  We up-levelled them by adding correct punctuation, adjectives and joining words to make them more interesting, e.g. ‘three frogs swam in the pond’ could become ‘Three green frogs swam fast in the cool pond as it was a very hot day.’  Next week we will be correcting sentences with incorrect grammar and spelling.

We had PE outside this week, continuing with football.  We did some dribbling, passing and shooting drills.  It was good to be outside, there a few signs of spring beginning to emerge. 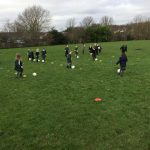 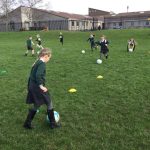 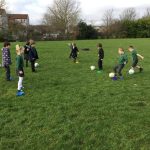 We got some great news at the beginning of the week! M won the Linlithgow Rotary Club design a poster competition.  Her design has now been made into an official poster to be used around Linlithgow – keep n eye out for it!  M also won a book token.  Well Done! 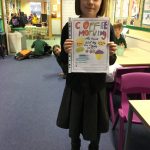 Have a good weekend everyone, P3A and Mrs Kennedy