A different week in P3A this week, we had a ball on 80s day!  It was great fun seeing everyone dressed up.  We learned about life in the 80s – the music, fashion, technology, tv shows, films, toys and cars.  The children were most surprised by TVs that were box shaped and you had to change the channel by pushing buttons on the box,  they were also amazed at mobile phones that were huge and had no screens – although some did say they thought their grandparent’s might still have a phone like that

In groups we compared the 80s to now – some great discussion and super work on our ‘graffiti wall’ sheets.

We also played some 80s board games – Guess Who? was a big hit, we danced to 80s music and learned some new moves including the moonwalk and the actions to Agadoo!  We had a snack of cheese, pineapple and picked onions on cocktail sticks – the onions didn’t go down too well but we enjoyed the cheese and pineapple.

A brought in her mum’s Brownie uniform from the 80s – a real trip down memory lane for Mrs Kennedy!  The girls didn’t think it was a very good outfit as it was too thin and didn’t look very comfortable or easy to run about in – Thank you for bringing it in A. 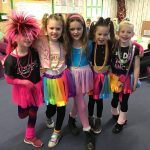 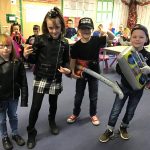 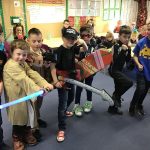 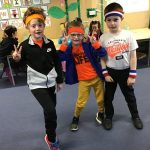 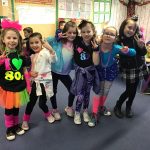 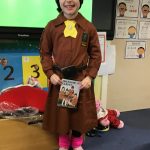 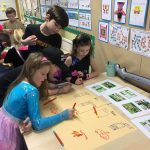 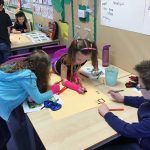 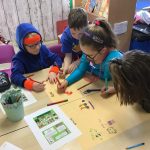 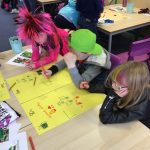 On Wednesday we had a visit from Jess, a retired farmer who gives talks for the Royal Highland Education Trust.  She told us about the dairy cows on her farm and taught us about wheat, barley and oats.  She brought some samples we could look at close up and examples of what the grains are made into.  She also brought a huge carrot from one of her fields and a carrot from the supermarket.  We did a taste test on each and most of us preferred the taste of the large carrot.  We did a little bit of data handling to display our results. 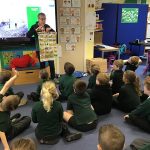 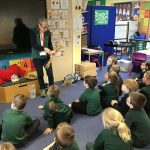 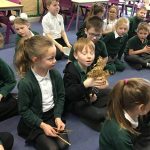 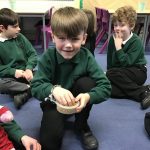 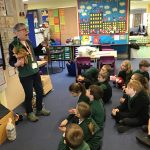 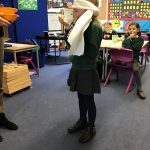 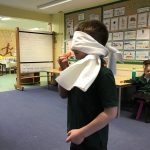 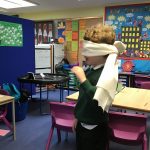 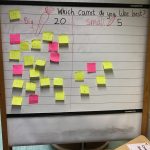 We also had a lovely bit of news from I this week,  she received a Blue Peter Badge for sending in the picture of the Queensferry Crossing she made at school along with a written piece about the problems the ice had been causing recently and that engineers were working to solve the issues.  They wrote back to I saying they had heard about the problems in the news.  They liked her design and letter so much that they sent her a Blue Peter Badge – she can now get into lots of places free until she is 18 years old!  Well done, a great achievement.

In other work we have been learning about past, present and future verbs, writing more imaginative stories and are now coming to the end of our subtraction topic in maths before moving onto multiplication.

It is book week next week and we’ll be doing lots of book themed lessons.  If anyone would like to pop in to read to us at anytime please let me know – any members of the family are welcome